Chipping Norton, one of the gateway towns of the Cotswolds often gets overlooked on the tourist trail.  It is not surprising in some ways for many of the region’s towns and villages look as if they have come straight off the lid of a chocolate box – all golden, mellow stone crouched under a heavy hat of deep thatch, devoid of much of twenty-first century life.  Chipping Norton – or Chippy as it is affectionately known by the locals – is different: a bustling, working town full of people going about their everyday lives , whether shopping or working. 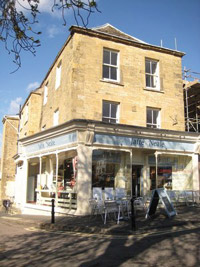 Look beyond the modern shop fronts and traffic and you find a gem of a town; raise your eyes for every building has a different façade and, yes, they too are built from Cotswold stone.  Explore the side streets and you find almshouses and a magnificent church and both the 16th century Guildhall and the Town Hall are as glorious a building as you will see anywhere.  Bliss Mill,  a former tweed mill now converted to flats, is surrounded by common land that reaches into the heart of the town. 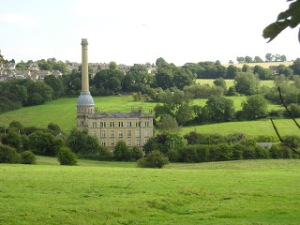 Chippy is a busy place socially too and for a small town with a population of only 6000 there is always something taking place.  Perhaps one of the most ambitious of recent events is the Chipping Norton Literary Festival (ChipLitFest), the first of which was held last year to great acclaim.  This year it is bigger than ever and starts in just seven days time on the 18th April and continuing throughout the weekend.

Because the town is so small, the festival is held in numerous venues.  It is fortunate to have an award winning theatre to stage larger events and an award winning bookshop, Jaffe & Neale, that holds workshops – and sells the most delicious coffee and cakes.  It seems everyone is involved in one way or another: the Chequers pub, the Blue Boar Inn, the Crown & Cushion Hotel, the Vintage Sports Car Club, the local churches, the library; even the shoe shop is hosting a children’s event.  Incidentally, there are free things going on for youngsters all weekend and the festivals designated charity this year is Storybook Dads, which connects prisoners with their families through books and reading.

So who is coming to the festival? There is an amazing choice of eighty authors so there is bound to be someone to interest everybody.  Sir Julian Fellowes of Downton Abbey fame will be there; Fern Britton will be talking about her latest book – and perhaps her experience in Strictly Come Dancing.  For detective novel buffs, Mark Billingham will be discussing murder with Val McDermid, Stuart MacBride and Martyn Waites.  Did you see the film We Need to Talk About Kevin?  Author Lionel Shriver will be discussing her new book, Big Brother, which tackles the subject of obesity.  For foodies, Xanthe Clay, Henrietta Green and William Sitwell ask “are we a nation of food fashionistas?” 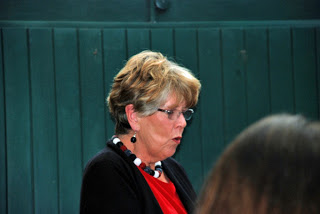 Prue Leith – one of our Festival patrons

Two events that especially appeal to me are Ursula Buchan’s talk ‘How England’s Gardeners Fought the Second World War’ and the Extreme Travel team of Nick Bullock and Jason Lewis discuss their adventures with Sue Cook.  Jason, incidentally, has just been recognised by the Guinness Book of Records as the first person to circumnavigate the world using only human power and described by the Daily Mail as “the most remarkable adventurer in the world today.”

Sue Cook, another of our Patrons

One of the especial pleasures of coming to the festival is that because both the town and the venues are small, you are able to be close to the authors, to chat with them and to get them to sign your books.  You can also meet me (!) for, as Facebook followers of this blog know, I am part of the organising committee.  ChipLitFest also has a Facebook page or follow them on Twitter.

Tickets for all of these events are selling fast and for more information about them and the other authors and host of workshops visit the festival’s website by clicking here.

I look forward to seeing you at the Chipping Norton Literary Festival, 18th-21st April – do come and say ‘hello’.

all photos, apart from Bliss Mill, from the ChipLitFest website

4 thoughts on “Chipping Norton – One Week To Go!”