There comes a time when old friends go and new ones appear and so it is with Henry. Not that he has met his demise, despite being elderly and a little infirm. He has gone to pastures new. 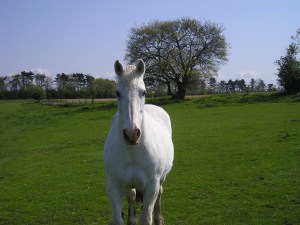 .
Henry, our Irish Draught horse, has had a blissful life here in the Cotswolds after a hectic time in his earlier years on the hunting field. Recently, and with the fine spell of warmth, his days have been spent in glorious semi -retirement basking in the sunshine.
. 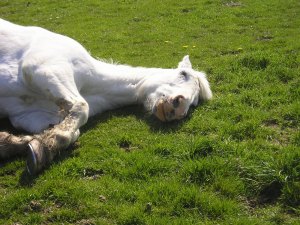 .
But even the gentle hacking around the farm with She-dog at his heels has proven too much and so he has spent many weeks resting and generally enjoying life.
. 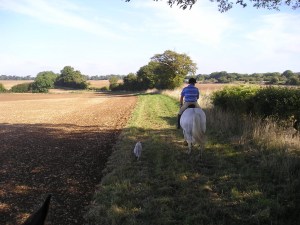 .
But now it is time to say goodbye and he has returned to his original owners to spend the rest of his days as companion and chaperone to young foals.
.

.
The always sensitive-to-events She-dog seems to know that her companion is leaving never to return. Goodbye, Henry!
. 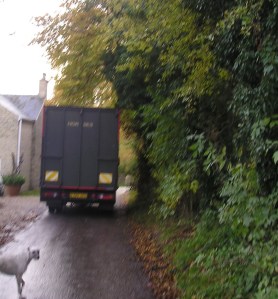 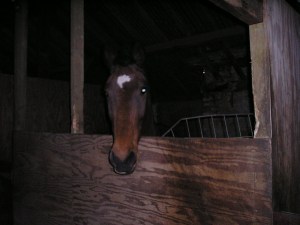 .
Barney has seen this all before. Once he would have kicked out at any newcomer to his field just to show who was boss. Now he just can’t be bothered – I know the feeling. So he stands there while Ernie circles sniffing and snorting ……
. 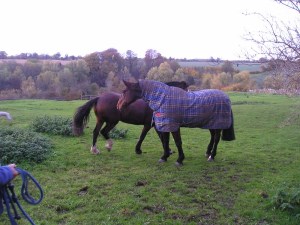 And then they are off!
. 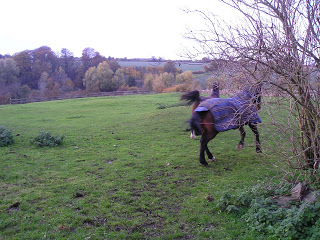 .
Ernie cannot decide what he wants to look like. He tries the fairground horse look first ……
. 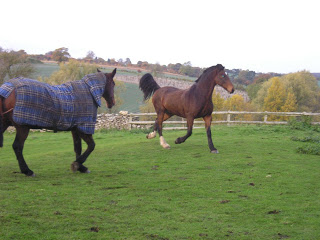 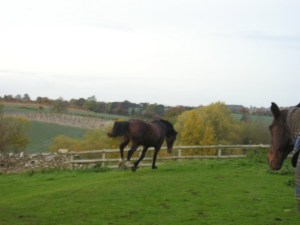 .
Ernie tries out the rocking horse look ….. finally stopping to try out the local food
. 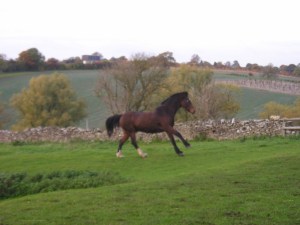 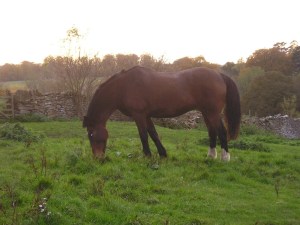 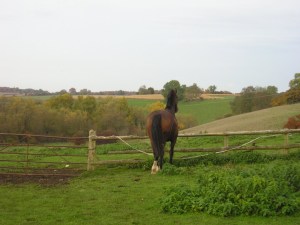