Last Sunday turned out to be a glorious day after twenty four hours of much needed rain. Thank goodness it did for a friend had organised that most English of traditions – a posh picnic on the lawns of a large country house, followed by a concert in the music room. 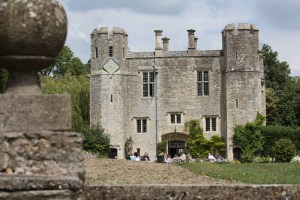 And so we found ourselves eating smoked salmon sandwiches, coronation chicken, salads, ending with strawberries and cream, all washed down with an endless supply of champagne. But our friend didn’t just do us proud with the picnic, she had invited an eclectic mix of guests. There was an art historian, an art restorer, an explorer, a porcelain restorer, myself a garden designer amongst others. And we were international as well, for amongst the guests was an American, a Persian, myself part Polish – but the pure bred Brits did outnumber us…. 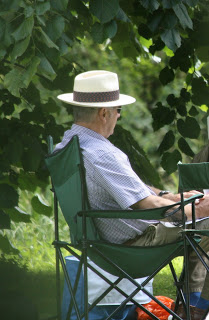 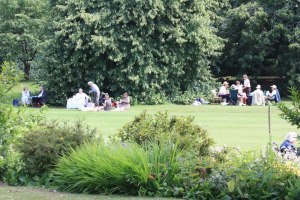 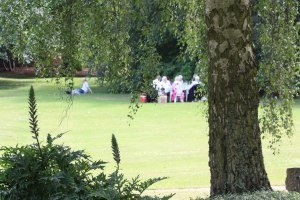 Boarstall, where the concert took place, is a fourteenth century moated gatehouse. Of course, a building with such a long history has seen many changes and events, a major one being during the (English) Civil War when it was besieged for ten weeks. Damaged by cannon fire, ( the bricked up ‘patches’ can still be seen), upon its surrender the main part of the house, church and village were all destroyed by the victorious Parliamentarians. The mansion and the church were rebuilt but only the latter remains, the house being demolished once again in 1778. Since that time the tower has remained virtually unchanged. Now owned by the National Trust, it is lived in by tenants who organise the concerts. 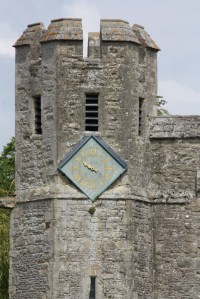 We had come to hear a young soprano, Luci Briginshaw, sing arias from the great operas, accompanied by Peter McMullin on the piano. Luci’s story is rather like an opera plot in itself – a nice one fortunately rather than one where everyone gets murdered or dies of consumption! Busking in Covent Garden market, Luci was heard singing and invited to perform at Boarstall.
http://youtu.be/XnYcyee2v4w
The music room at Boarstall is on the top floor of the tower and is reached by ancient, spiral stone staircases. Light and airy, it holds about 100 people so makes an intimate space where you can really relate to the performers and fellow audience. Luci’s singing was delightful, a pure clear voice, she obviously will – or deserves to – go far. Not just a wonderful coloratura soprano, for her encore, she accompanied herself on the piano singing a great blues number.
After the concert, Luci joined us all with a tour of the tower (how cross I was that, by then, I’d taken the camera back to the car) followed by afternoon tea, where she proved that she had a great personality off stage as well as on. 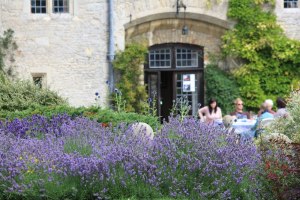 You will find a link to Luci’s website here, for Luci should be heard far and wide. And if, by a remote chance, Luci you should read this post, thank you for a memorable day out. Can’t wait to hear you again. Bravo!

11 thoughts on “A Very English Day Out”