The pea-like seedpods of the Broom shrub readily identify it as part of the Legume (pea & bean) family of plants. Easily grown in British gardens in colours ranging from cream through yellow to burnt oranges and dark reds, it is now a shrub that is considered rather unfashionable. Despite that, it deserves to be reinstated into the flower border for they take up relatively little space and give a good show in late spring. Generally, a tall, narrow plant up to 3m in height, there are a couple of prostrate varieties (of which the most readily available is Cytisus ‘Lydia’) that are perfect for placing on the edge of a raised bed. When not in flower the whippy, green branches form a quiet backdrop to other plants. 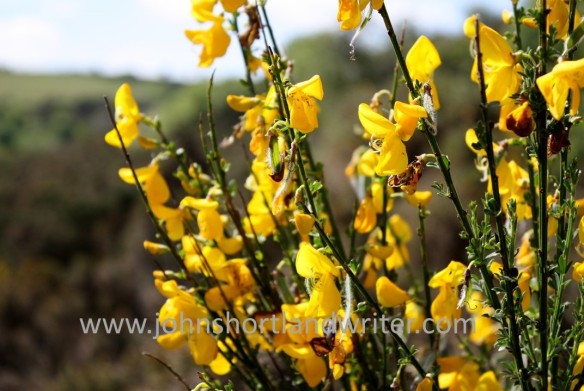 In the wild, broom can sometimes be seen growing prolifically on motorway embankments and is one of the first shrubs to colonise newly-built ones. The golden-yellow flowers are the same colour as gorse, the two often being mistaken for one another. However, unlike gorse with its prickly stems, broom is spineless and soft to touch. In the photograph below and dating from the early 1970s, broom has quickly colonised the top of a newly dug quarry despite not having been seen growing in the area before. The flowers smell strongly of vanilla; when the seed pods have turned black and are fully ripe, they split open with an audible pop.

There are two main species of Broom.  If searching for them in garden centres they are often found under their botanical names of Cytisus or Genista.  Centuries ago the Latin name for the shrub was Planta genista and tradition states that this gave rise to the name of the Plantagenet dynasty through Geoffrey V of Anjou’s (born 1113) habit of wearing a sprig of broom flowers in his hat. It was Geoffrey’s son, Henry who in 1154 became Henry II, the first of the Plantagenet kings to rule England. 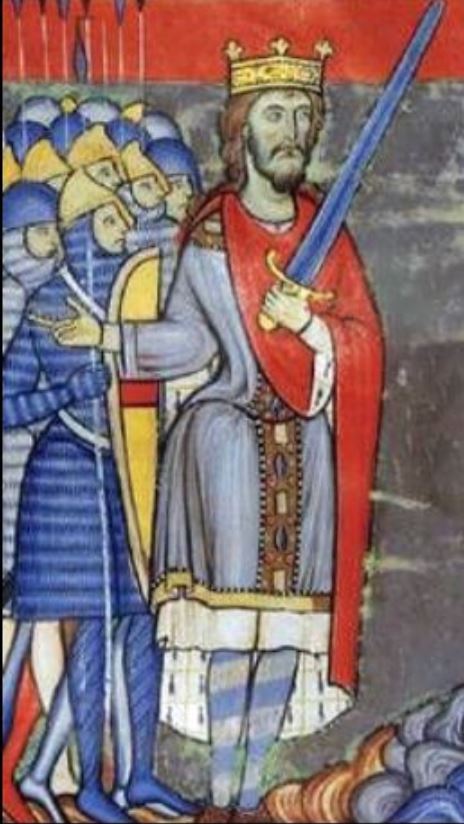 A source of some confusion is the witches’ broom, a gall, sometimes found growing on birch trees. They have nothing to do with either the shrub broom or with witches and are so called presumably because of their superficial resemblance to the besom brooms that witches are said to fly on. They are actually caused by a variety of different organisms – insect, virus, fungus, bacteria – in the case of birch, usually the cause is fungal. They do not seem to harm the tree.

In folk medicine, the flowers of broom have been used as an ointment to treat gout. According to my old herbal it also prevents rabies and is a cure for dropsy, jaundice, worms, kidney and urine problems. It claims it can also kill headlice. In the southern English county of Sussex, it was believed that just by sweeping the floor with flowering broom branches was enough to kill the head of the house not just the lice. Perhaps, therefore, it maybe best just to admire the floral display from the safety of the motor car when driving!