When I’m not gardening I’m invariably doing something with horses or dogs – or preferably both. And as I have been writing recently about the Gatcombe and Burghley Horse Trials it seems a good time to introduce you to some equine friends, past and present. 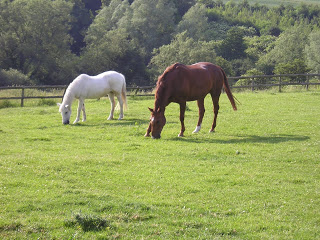 Grunta was a character – and a dangerous one at that! A pleasure to ride and as quiet as anything until he saw a fence or a hedge. Then you would feel the tension rise in him and off he would gallop and sail straight over without hesitation. Woe betide you if you tried to stop him for he would rear up on his hind legs and go for it either with or without you. His silly name came from his grunting with excitement before the take off! 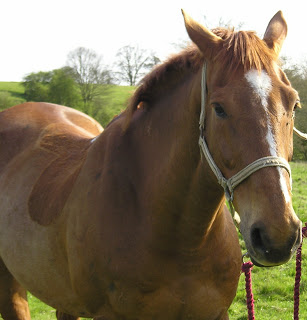 A thin, worm ridden, timid creature, when we got Daisy May. We realised she would be too light for us to ride but we took delight in building up her trust and her body. She was sold some time later to be a brood mare. 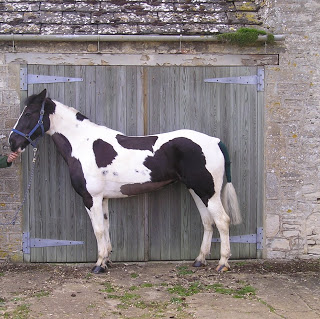 Dior was the most beautiful of all the horses that we have owned – and the best quality. Bought to show as a youngster, we lost both her and her unborn foal to ragwort poisoning. A most terrible and distressing death to witness and a plea to all who have ragwort growing on their land – destroy it. 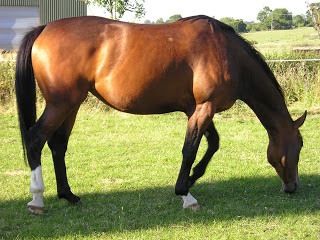 Barney is the wonder horse and still going strong after many years. A 17 hands 3″ Irish Draught he is a great companion. His main picture is to the right but he also appears on the one below with Squirrel and Polly, the 30 year old pony that we ‘inherited’ along with the paddock. Barney is another great jumper and will tackle the biggest fences with ease – but in a kind and considerate sort of way. 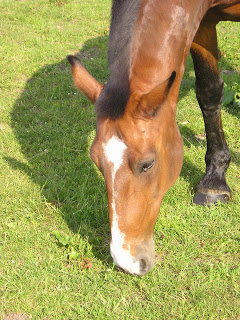 Squirrel was another danger horse who would try his utmost to throw you off when you first mounted him. Providing you stayed on he would settle down and be a good lad for the rest of the day. However, in the end he proved too hot to handle and, just when we were wondering what to do with him, he had to be put down. A good thing probably – I think he might have killed us in the end. 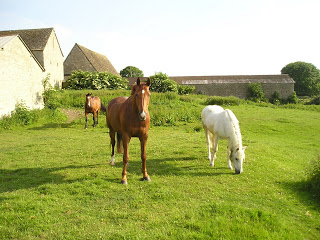 Now white with age, Henry our grey Irish Draught and Rambo, our young Shire horse, along with Barney make up our stables at the moment. Rambo is ridden occasionally and has all the makings of a good horse as he gets older. Enormous, towering over Barney, but a gentle giant. 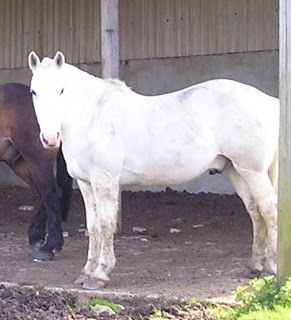 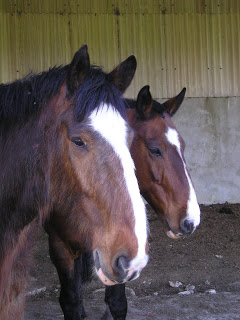 Carriage driving is not for the faint hearted either! This belongs to a friend and it is great fun when travelling off road and at speed…. 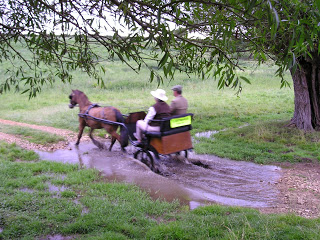 Ragwort is an introduced plant to the UK and an absolute curse. It needs to be destroyed but care must be taken – pull it out wearing gloves for the toxins that attack the liver are absorbed through the skin. Then burn it or put it in your refuse bin where it can go for industrial composting. Garden compost heaps will not heat up enough to destroy it so don’t put it there. I plan to write about ragwort and other introduced aliens in due course. 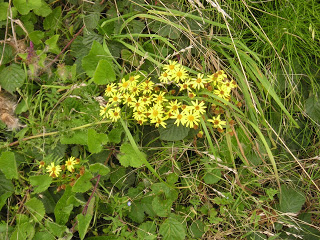 A final word of warning: horses eat money – but they are worth it!

Princess Anne, the Princess Royal, each year hosts the Festival of British Eventing at her home, Gatcombe Park. Commonly referred to as the Gatcombe Horse Trials, it is unique in testing the skills of horse and rider at all three levels – novice, intermediate and advanced. This year, apart from being the British Open Championship, it is also a qualifier for the World Cup.

Dressage, Show Jumping and Cross Country make up the three phases of the test and it is the Cross Country that is the most eagerly awaited for both its excitement and, sometimes, drama. 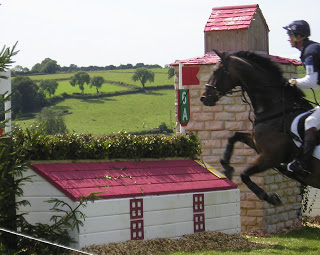 It’s a brave horse and rider that competes Cross Country. Thirty solid obstacles have to be jumped at speed over rough terrain and there are usually plenty of falls and, hopefully, not too many injuries, although fatalities do occur to both horse and rider on rare occasions. Everybody likes to see the jockeys fall off as they jump into and cross the lake – there is usually a cheer as the soaked rider gets back on their mount to continue the race!

Dressage is all about concentration, putting the pair through the technical aspects of riding – very elegant to watch but not when it all goes horribly wrong! The Show Jumping course tests the skill of the rider and the agility of the horse.

She-dog enjoys these days out but is not so keen on having to remain on her leash. Being a pretty looking creature she is much admired and fussed over by many of the spectators and believes (we haven’t told her any different) that the crowds have come to meet her. As most dog owners know, many a conversation is started over mutual dog patting and here is no exception, apart from the talk soon switching back to horses. The competitive/hunting horse world is quite small and it is remarkable how often you find that you both have mutual aquaintances. 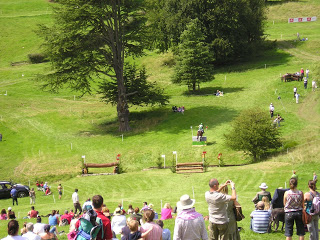 Today, there was no drama. Despite this, the combination of good sport, sunshine and being able to wander through and picnic in beautiful parkland made a good day, none-the-less. 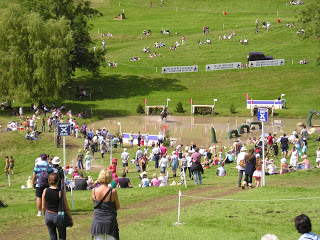