On the farm where we keep our horses there is a venerable, old ash tree. ‘So what?’, you might ask, for around much of Britain ash trees are two-a-penny; in fact, their self-sown seedlings can be quite a nuisance. Well, firstly, this particular ash is very special.

Growing halfway along a scrappy old hedgerow dividing two fields, the ash has seen generations of farmers, farm workers and, perhaps, lovers all sheltering from the sun and the rain. It would seem the obvious place to rest when taking a break from toil in the heat of summer harvest and haymaking. Perfect, when its branches spread widely to cast shade but not when the trunk stands bare, its branches freshly pollarded. Years of pollarding have created a relatively short trunk full of cracks and fissures, the home of bats, owls and the occasional nesting kestrel. Its branches show the characteristic shape of old, abandoned pollards.

Pollarding, the removal of branches, is an ancient country method of producing straight poles. These would be used in many different ways from sheep hurdles and fencing, for building material and posts, to pegs and walking sticks. I have quite a collection of the latter, my favourite being a five-foot ash stave that I cut as a sixteen year old. Over 50 years of continual use it has become as smooth and as polished as if it had been carefully honed.

Pollarding is carried out every few years, the time period varying with the timber size requirement and the rate of growth. Contrary to what one might expect from such drastic treatment, pollarded trees have a much greater lifespan than those left unpruned. Or they did have.

Ash Dieback disease, Chalara, was first seen in the UK in early 2012 on trees imported from Europe. A total ban on importing new trees came into force later that year but, by then, the disease had begun to spread. A classic case of ‘too little, too late’ for Chalara had been known on the Continent since the early 1990s. Now it is to be found in many regions of the British Isles. Here, in the Cotswolds, it has been slow to show its face but this year, the effects are noticeable with dead and dying trees standing alongside others that appear not to have been infected.

It is thought that probably 90% of all ash trees will succumb to the disease, the loss of such a great number dramatically changing the appearance of the countryside. As a boy I lived in a road that was lined with elm trees. Like the ash, those in our garden my father regularly pollarded and I would be sent up to climb onto the lighter branches to saw them off. No health and safety issues in those days! A favourite old photo of mine is the one below showing my father and I in what now looks an idyllic rural scene. It also shows how old elm trees were once the dominant feature of English lowland landscapes; all gone due to the ravages of Dutch Elm Disease that arrived in the 1970s. It is hoped that by not clear-felling the ash, as they did with the elm, disease resistant trees may be found. If not, once again our treescape will change just as dramatically.

Ash, Fraxinus excelsior, is more often allowed to grow unchecked to its full glory. The pinnate leaves and wide-spreading branches create a light shade under which many of our native flowers thrive. It is also home to bats, birds and numerous insects including six of our rarest beetles and flies. It is especially associated with the scarce Brown Hairstreak butterfly (source: Devon Wildlife Trust) – only time will tell whether this butterflies breeding success will decline even more.

In the spring, before the leaves open, the ash bursts into flower, all too often overlooked. Make a note to take a closer look next spring, for it may be one of the last chances you have before, like the elm, it too fades into history.

If you have a favourite ash tree in your own area why not photograph and upload it onto a nature recording website such as iRecord? That way, you will be preserving it forever and help to create an historic record for the future. Perhaps one day there will be disease resistance and ‘your’ tree can be replaced. You can find the link here. 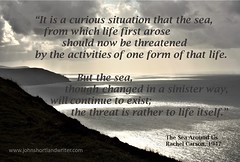 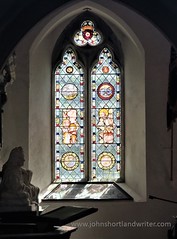