In the present climate of anxiety and fear that is sweeping the world, and with the daily news being dominated by coronavirus, it is very easy to wish to be spirited away to a remote and sparsely populated desert island. Although it may seem unlikely that such places still exist, Pitcairn Island in the South Pacific is open to immigrants and offering free land upon which to build a house. With its benign climate and a population of just fifty people the dream could become a reality. Sadly, however, from the day when Fletcher Christian, the mutineer of the Bounty landed and populated the uninhabited island in 1790 its history has been one of almost continuous suffering. It is, in part, because of this history of trauma that the island’s immigration scheme has been largely unsuccessful.

The Pitcairns consist of four islands, all of which are home to some unique flora and fauna. Shadowing the story of its human history, some of these endemic species are now also on the brink of extinction. One that has fared even more badly, is the now extinct abutilon that shares its name with the islands, Abutilon pitcairnense, a small shrub. Although lost to the islands in 2005 it is fortunately being conserved and propagated in botanical gardens – the image of the one below can be found in Ireland, in the glasshouses at Glasnevin, Dublin. From these plants, cuttings were transported to Kew Gardens, London and it is hoped that it may be possible to re-establish the plant in its native habitat sometime in the future.

Although it is not possible for the Pitcairn abutilon to be grown other than under very specialist conditions, other abutilons can be grown quite happily in the UK. Some are reasonably hardy whereas others benefit from the frost protection of a greenhouse; they can even be grown as a large house plant. The closest in appearance, although the flower is nowhere as refined, is the somewhat blousy cultivar ‘Canary Bird’. It is quite floriferous and grows readily from cuttings.

A rare plant that can be purchased to grow at home is the ‘Cabbage on a Stick’, Brughamia insignis. Once only found on the Hawaiian islands of Kaua’i and Ni’ihau the last known sighting in the wild was in 2014. A relatively short-lived perennial its sweetly scented flowers require pollination by a hawk-moth now also extinct. Without the moth to fertilise the plant its survival depends upon hand pollination. 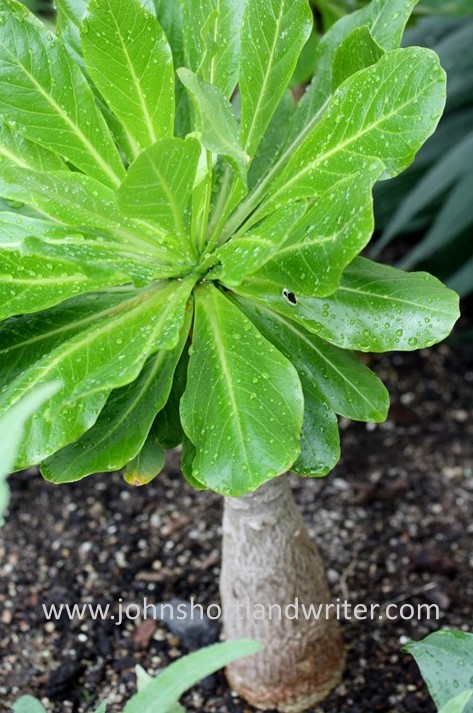 Moving from the Pacific to the Indian Ocean, Hibiscus boryanus is a critically endangered shrub in its native Mauritius. With its exotic, scarlet flowers its fate is happier than others for it has been grown widely in warmer climates as a garden shrub up to 8 feet in height. It is one of the parents from which the familiar house plant, Hibiscus rosa-sinensis, was bred. 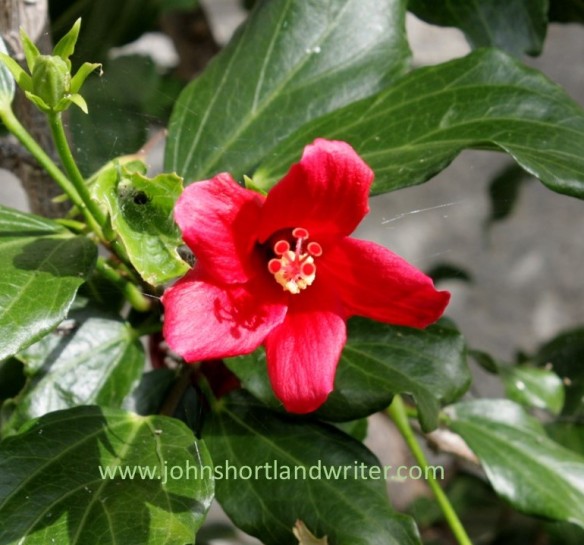 The Botanic Garden of Glasnevin holds many collections of rare and interesting plants, both tender and hardy. They are well worth exploring when paying a visit to Dublin. Apart from numerous glasshouses the grounds are set along the banks of the River Tolka, itself the home to kingfishers and many other birds.

If you fancy emigrating to the Pitcairn Islands then take a look at their website by clicking here. There is much fascinating history recorded on the site telling how the islands developed after the Mutiny on the Bounty.

For more information on visiting Glasnevin Botanic Gardens, click on the link here.