Oh dear!  Not a good start to the year!  January has whizzed by at such an incredible rate that this review may not be completed before midnight strikes and February arrives.
Has the month gone by more quickly because, with the exceptionally mild weather we have been having this winter and all the spring flowers in bloom weeks early, that it feels as if this review was (and should have been) written weeks earlier? 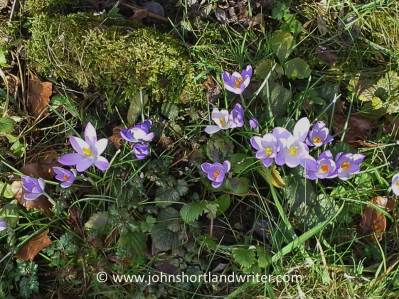 Working on the premise ‘better late than never’ here it is now.

July: As a plantsman I’m very aware that some of the most beautiful blooms can disguise the more ominous aspects of a plants nature.  Ragwort, a common weed of grassland and waste areas has cheery, bright yellow daisy-like flowers yet hides toxins that can be fatal to horses and cattle.   Control is usually carried out by hand pulling for poisoning the plant with weedkillers makes them even ore attractive to animals as they graze the dying foliage.  However, pulling the plants put humans at risk as the sap is absorbed through the skin to damage the liver.

In Ragwort: A Curse or a Blessing?  I looked at the controversy surrounding this plant for it has its benefits and uses too.  Should you destroy it before it destroys you?  Click here to find out.

August: A different quandary was discussed in the post A Quiche or a Quad Bike?  It isn’t often that you visit a restaurant that sells quad bikes.  Or was it a quad bike showroom that sells the most delicious home-baked quiches?  Either way, there was a dilemma: which did I want to have the most?  Click here!

August is also the perfect month for planting daffodil bulbs – also toxic, by the way, although no-one would ever suggest banishing them from our gardens.  Remembering Wordsworth’s immortal words on the subject, this post (click here) looked at how to create drifts of colour that look as if they have been growing there since the poet’s days.

September: back on Exmoor, my spiritual home and, to my prejudiced mind at least, England’s most beautiful National Park for another visit.  The tiny village of Exford lies at its centre.  Exford’s church pre-dates the Norman Conquest of 1066 and the post (click here) looks at its Celtic origin.

October: travelling again, this time to the south of France.  Staying in the foothills of the Pyrenees it would have been easy to write about the magnificent mountain views, the gentle Blonde Aquitaine cattle or the fine dining in every wayside café.

However, it was on the drive home that we discovered the village of Aurignac and marvelled at its silent streets and historic houses that appeared untouched by modern living.  It was only later that I discovered it was hiding an even more ancient secret – it was the place where man’s first footsteps in Europe over 40,000 years earlier took place.

Even if you’re not too interested in pre-history it is well worth clicking here to look at the photographs on the post  of this enchanting place.

December:  It wouldn’t be Christmas without a bunch of mistletoe hanging somewhere in the house to catch visitors for the traditional kiss.  This month’s post (click here) looks at the tradition which is now spreading worldwide.  It also explains how to grow your very own mistletoe plants so that you never have to be unloved in the years to come. 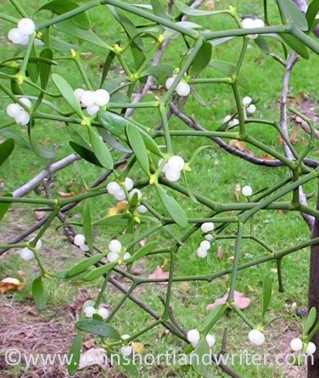 A rather belated Happy New Year to you all!