A series of faded, sepia photographs have always been a mystery to me, just something else put into a cupboard and forgotten.  Handed down through the generations they recently came to light once more and looked at with renewed interest.  Who were these people and what connection might they have to my family? Two of the images were signed and with this name as my starting point the tale of their origin began to emerge.  The story that is unfolding only deepens the mystery for they were part of the ‘Great Game’, a term I hadn’t come across before.  Now, for me, it has two meanings: warmongering and my struggle to seek out the truth behind them.

Rudyard Kipling brought the ‘Great Game’ into everyday circles by using it in his novel Kim, published in 1901, although the term had been in use for many years before that.  It described the cat and mouse rivalry between the British and Russian Empires that lasted throughout the nineteenth century. 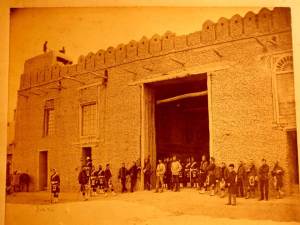 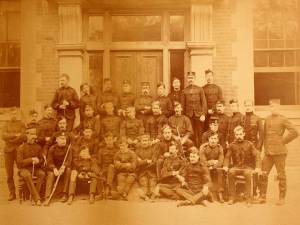 Britain, alarmed at Russia’s expansion southwards, feared that Afghanistan would be used as the gateway to an invasion of India.  To avoid this, troops were sent to install a puppet government in Kabul but within four years order was breaking down and the garrison was forced to retreat.  Caught in a series of ambushes, Afghan warriors slaughtered all but one of the 4500 troops and 12000 followers. By 1878 the British invaded again following the Afghani’s refusal to allow a diplomatic mission to visit. A treaty was signed and the army withdrew leaving a small staff in Kabul: in the autumn of the following year they were killed leading to full-scale war – the Second Anglo-Afghan War.  Travelling with the British army was a freelance photographer, John Burke, and it is his signature that appears on my photos. 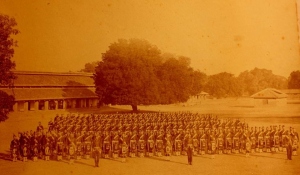 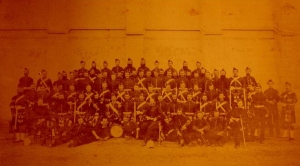 History, as we all know, has a habit of repeating itself and sadly the rivalry between Russia and the West over Afghanistan has continued.  Inspired by John Burke, the war photographer Simon Norfolk has carried out a new series of images.  Intriguingly, he lists all of Burke’s plate numbers – the two of mine that are numbered are left blank so perhaps this is the first time they have been seen; rather an amazing thought. 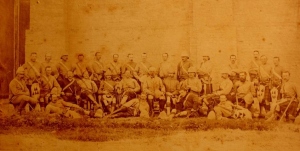 All that is left now – and no mean feat – is to identify the places and the regiments and to find out where (and if) my family fit into all of this. I have been helped along the way by enthusiasts from a Facebook group.  One of them, Arnie Manifold, has an ancestor that fought there and it is his medals that are shown in the image below.  Wouldn’t it be extraordinary if we discovered his face on one of these old photos?

To find out how a series of colourful postcards, brought back by my father from WWII, led to the discovery of a German fairy-tale castle, a love affair and an epic poem, click here.