Regular readers of this blog may have noticed that the posts have been somewhat erratic in their regularity during 2017. It has been an funny old year, to say the least, for I have learnt the hard way that my health – which I have somewhat taken for granted – is not infallible. An unexpected heart attack in January came as a complete surprise for I have always rather prided myself on my active, healthy outdoor lifestyle. The body’s fitness level from all the exercise that I take through my daily work turned out to also be its saving grace.  After surgery (which was carried out under local anaesthetic so that I could watch progress on a computer screen) and three months recuperation, I was back at work gardening and well on the way back to resuming the same degree of activity as before. Or so I thought.

Enforced taking it easy with friends during fine weather in late spring. Every minus has a plus to balance it!

A silly accident in August saw me return to hospital.  A blow to the leg that seemed innocuous enough to begin with resulted in the threat of amputation. Never one to miss a marketing opportunity, by the end of the five days of waiting for a decision to be made, I had designed (in my head, at least) a rugged ‘blade’ for hill walking as well as ski, fork and spade attachments so that I could holiday as well as continue to work. Despite the potential to make my fortune from this, I’m mightily relieved to report that the operation did not happen. After two months of enforced immobility and a further two months of gentle walking my legs are now as strong as ever – well almost.

Suddenly back in hospital where my leg changed from just being swollen to black in thirty minutes. I admit I was scared!

The staircase in our old cottage is difficult to negotiate safely with two working legs and near impossible with just one!

Strangely, the leg accident affected me far more than having the heart attack but what both have taught me is that I’m not yet ready to slow down and take the easier option. I even managed short walks on crutches in the Lake District for being housebound was by far the most difficult aspect of the recovery. I have always spent as much time as possible in the great outdoors and long may that continue. A recent trip to Exmoor also helped to boost confidence in my ability to ‘get on with it.’  Now I’m up to regular five hour walks over rough country I feel life is returning to normal. Life in 2018, however, won’t be taken for granted! 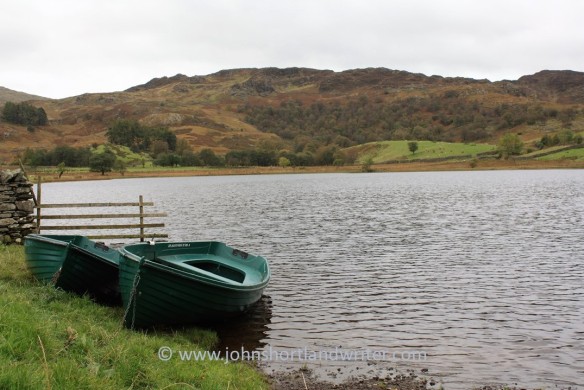 Exploring Watendlath in the Lake District National Park on crutches.

Enough writing of ill health! Despite seven of the twelve months of this year being restricted if not written off completely, life remains pretty good. I’m not quite sure why, but despite the occasional traumas that everyone has over the course of time, I have always sailed pretty well through life for which I’m exceedingly grateful. Not everyone is so fortunate. 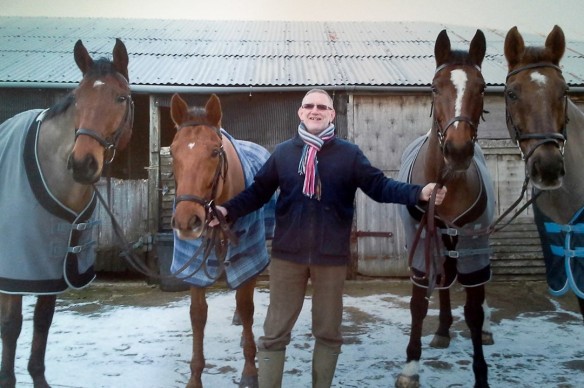 So why, if life has been so kind to me this year, has there been such a blip with writing? I can only assume it is because I have had so much other ‘stuff’ to think about and sort out. Immediately before the heart attack I began to write the opening chapter to a second novel and it is time to move that forward. Immobilisation did give me the opportunity to carry out research for it so time has not been altogether wasted. And of course, it is also time to work hard at getting novel number one published. That is never going to be easy but I never anticipated my first book being published or getting such great reviews. I’ve also made two excellent recoveries this year which haven’t been a doddle either. I’m looking forward to the challenges 2018 will bring!

With every good wish for the New Year and may 2018 be a great year for you too.