Three weeks into the new year and Christmas and 2021 already seems the distant past. A new year brings new hopes and plans, not least of all a Covid-free one where holidays and meeting up with friends and family can be carried out without the fear of cancellation. The past couple of years have been challenging and difficult for many people and blogging topics sometimes reflected this as well as the importance of family. Few people can be as tough and courageous as one of my ancestral cousins nor as unfortunate for another to be remembered because of his underwear. There were trials and tribulations for the people of Chipping Norton too, the nearest town to my secret valley and, elsewhere in the Cotswolds, the building of a great country estate to provide training in endangered skills for local people. These stories are a reminder that however large the challenge or the struggle, the end result is more often, very worthwhile.

In July I wrote about the extraordinary story of Welsh vagrant Glyndwr Michael who famously became known as ‘The Man Who Never Was’. His body was used in an elaborate hoax to fool the Germans during WW2. The ruse worked, saving many lives, partly thanks to the use of my cousin’s underwear. Sounds intriguing? Well, if you want to discover why and also how my Polish grandmother fits into the plot you will need to click on the link here to read all about it.

August and September was also a tale of an ancestral cousin who in the May of 1875 set sail for the Arctic. As bizarre as it seems now, the expedition was searching for a ‘lost Eden’. for there was a popular belief that beyond the ice, at the North Pole, they would find a sub-tropical paradise. The expedition created worldwide interest and excitement and was widely reported in the newspapers. When the Royal Family began to take an interest, huge crowds descended on Portsmouth eager to see not just the Queen but ordinary members of the crew. My cousin, John Langston Saggers, a young man aged just 23, could have experienced nothing like it before as they were wined and dined and with no expense spared. To read about the preparation for the voyage and to discover the personal gift from a Royalty concerned that the men may suffer from cold ears click on the link here.

When the ships became icebound, they had to sit out the Arctic winter in total darkness. That, however, did not stop the men from making the most of what they had. Aboard ship they had a full-size theatre where they produced plays and outside on the ice, despite the freezing temperatures and inadequate clothing they created a skating rink and played hockey. Their heroism – and despite (unsurprisingly) not finding a warm paradise – the men returned home to a hero’s welcome. However, the star of the expedition wasn’t human at all. To find out about Nellie and how she very nearly became a coat for an Eskimo chief’s wife click on the link here.

Next month will be the 150th anniversary of the Great Fire at Chipping Norton, one of the gateway towns of the Cotswolds. Although not as popular with tourists as some of the ‘chocolate box’ villages and towns in the region, it boasts one of the Cotswolds most iconic images – that of Bliss Tweed Mill. The mill, that has become so well-known now, rose like a phoenix out of the ashes of the earlier mill which was razed to the ground early one February morning. The story of the fire and how the mill was rebuilt to exacting standards in less than two years is told in October’s blog post. Built to resemble a great house with the most modern technology of the day, it was the pride of the town. The jubilation wasn’t to last and a strike was called which took eighteen months to break. You can read all about the mill and see through numerous photographs how it has been transformed into luxurious apartments; a haven of peace and tranquillity within the town centre by clicking on the link here.

For November, we remained in the Cotswolds to explore the creation of another outstanding property and its gardens. In 1906, Claud Biddulph commissioned the building of a house with “the feel of a cottage in the country”. In so doing, he created one of the finest Arts & Crafts house in Britain, albeit one with seventy-four rooms, so hardly a cottage! Every item used in its creation and furnishing had to be of the best quality and hand-made; one of the reasons why the house took so many years to complete and why it is so exceptional today. Part of the house was dedicated to teaching local people the dying skills required and, more than an hundred years later, craft workshops and exhibitions are still held there. Open regularly to the public so why not take a tour of the house and garden? If you can’t visit physically, you can do so digitally by clicking on this link here.

And so we come to December, the year end and the start of this review – you can read what happened during the months of January to June by clicking the link here. I hope that your 2021 hasn’t been too troublesome – now the year is past we can look forward to this one with renewed hopes and aspirations. No doubt there will be challenges ahead but as we know from our own experiences, as well as hearing of those of our ancestors, life continues apace regardless. Sending all my readers, wherever you are in the world (and, my goodness, you’re a scattered bunch!) best wishes for 2022 and with the hope that it will be a happy and healthy one.

Grandma was full of sayings that either puzzled us as children, made us laugh or made us think “silly, old Grandma” – often it was all three.  One was that you should always go out wearing clean underwear in case you got run over by a bus.  The story below just goes to prove that, as always, Grandma was right, well almost right.

Herbert Fisher (HAL Fisher), husband of Lettice Ilbert – whose own, remarkable story can be read here – was on his way to work during a WW2 blackout.  Warden of New College, Oxford and Chairman of the Conscientious Objectors Tribunal, he was in London for the latter when hit, not by a bus but by a lorry.  He died in hospital several days later on the 18th April 1940.  Little would he have thought, or Grandma for that matter, that his underwear would play a prominent part in the history of defeating Nazism.

About the same time as Fisher’s demise, in south Wales, the mother of Glyndwr Michael also died.  Michael had always lived with her but now homeless, he made his way to London.  It was here, aged 34 and depressed, penniless, and hungry, that he was found two years later in an abandoned warehouse.  He was dying from having eaten rat poison, the bait having been left, smeared on bread.  The phosphorus in the poison when ingested reacts with the naturally acting stomach acids to produce phosphine gas.  The slow death made his body ideal for the purpose that lay ahead.

The British Security Service had been waiting for some time to obtain a body that could be used in an elaborate hoax against the Germans.  Operation Mincemeat, as the top-secret plot became known, intended to release false papers on the body of a drowned officer of the British Army.  The aim was to deceive the German Military Intelligence into believing plans for the invasion of Greece and Sardinia, whereas in reality, the intention was to invade Sicily.  However, it was not felt possible to use the body of a serving officer whilst maintaining the secrecy required.

Major William Martin RM, as Glyndwr Michael’s corpse was to become, was released into the sea off the coast of Spain on the 30th April 1943 for the tide to carry him ashore.  About his person were various personal effects: letters and a photograph from his fiancée, theatre tickets and identity papers.  A briefcase had been attached to him carrying the false invasion plans, all with the purpose of making the Germans believe that he had been drowned at sea whilst delivering documents to a British General.  The ruse worked and the invasion of Sicily was carried out with considerable ease.

Major Martin was buried with full military honours on the island of Huelva, Spain, the deceit engraved into the grave’s headstone.  Over the years that followed rumours spread about the true identity of the body.  In 1996, an amateur historian Roger Morgan, discovered documents in the Public Records Office and it was later confirmed that the body was indeed that of Glyndwr Michael.  Soon after, an additional inscription was added to the headstone:  Glyndwr Michael Served as Major William Martin, RM.  Back in his hometown of Aberbargoed, Wales his name was added to the war memorial along with the name in Welsh by which he had become known – The Man Who Never Was.

Back to Grandma’s warning and HAL Fisher.  One of the problems in maintaining the secrecy of Operation Mincemeat was how to find clothing for Major William Martin.  Army uniform was not a problem to obtain but how could they find undergarments of suitable quality for someone of middle rank yet without risking a breach of security?  HAL Fisher’s New College rooms had been left untouched since his death where items of the required quality could be removed without raising suspicion.  If Grandma had lived long enough to have heard the tale, she would have been even more surprised, that HAL Fisher had married into her grandson’s family.  He may only have been a distant cousin of my father, but I can imagine her kvelling with pride and nodding with satisfaction.  There is no doubt that she would also have given a huge sigh of relief that HAL had heeded her advice. 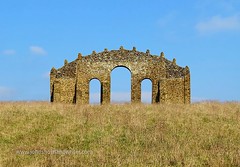