I am a hills person.  I love walking – or even better – cross-country skiing in the mountains. I can also admire the huge skies and vistas of flat country.  However, it is with hills that I have always strongly identified with.  So, when I’m asked “where was home for you?” it isn’t the county of Buckinghamshire, or even the village I was brought up in that I respond with, it is the hills and the Chiltern Hills in particular.

As a child, I lived on the very edge of the village and not being schooled locally and with no children of my own age nearby anyway, I learnt to spend many hours on my own during the lengthy holidays. Although our house was close to the River Thames I found fishing of limited interest preferring always to be out walking or cycling.  As I grew older I travelled further afield exploring the lanes, fields and woodlands, learning all the time about the ways of nature.  Back in the fifties and early sixties people seemed to have more time to answer inquisitive children about these things or, perhaps, it was just that in those days people were more connected with the natural world so were able to answer their questions.  Whatever the reason, I became more knowledgeable and enthusiastic about country ways than I ever did with schoolwork.  A consequence of this is, when asked the question, “where are you from?” I respond without hesitation (and with a certain degree of pride), “I’m a Chilterns man.”

It was not until I reached the ripe old age of 49 that I moved away from the Chilterns to start a new life in the Cotswolds.  Although as the crow flies, the Cotswolds are not many miles away (I can even see the distant Chilterns from the top of my lane) they are very different in character, the former being chalk and flint country, the latter limestone.  But it wasn’t the exchange of deep, wooded valleys with few, if any, streams for a landscape of far-reaching views, fast-running brooks and drystone walls that I noticed most of all, it was the language.  When I moved to this then unfashionable part of the Cotswolds twenty years ago it was still a forgotten corner of the world where, even if the local dialect had mostly died out, the twang of local accent hadn’t.  It reminded me of, for it is related to, the south-western tongue spoken by many of my country cousins and also by my friends further west still.   So, when I gave my usual response to the question, I was rather peeved to hear it acknowledged by the words, “so you come from London way, then.”

Now, I hasten to say, that there is nothing wrong about being referred to as a Londoner.  It’s just that our capital city is as much a foreign land to me as it would be to an overseas visitor.  Ok, so that might be a slight exaggeration, but somehow, I just don’t relate to city life despite my mother being born and raised in London’s West End.  She had come to the Chilterns as an evacuee from WW2 through her war work and there met my father, a local boy – but that’s another story.  Suffice to say, that I am a child of two halves – I have country family and I have city family much in the same way as I am a child of two cultures and two religions.  Despite my relating to country ways and to complicate matters further, (although I should be used to it by now), it is to my mother’s culture and religion that I feel a closer affinity to.  It still grates, ‘though, when I’m thought of as a townie.

As I mentioned earlier, school life didn’t hold much appeal and so I persuaded my parents that I should leave aged sixteen.  As soon as I could, I took myself off on my bicycle to holiday in Devon.  Leaving Exeter with tent, camping gas stove and billy cans loosely tied to the crossbar I clanked and clattered my way along the lanes of Dartmoor.   At the end of each day I would pitch my tent wherever I could and reflect with delight upon all the new experiences that had come my way.  Getting hopelessly lost, I ended up at Westward Ho!, a small seaside town on on the north Devon coast.  From there I travelled east finding the hills becoming ever steeper and the villages further and further apart.  One day, I ended up on a remote farm on Exmoor where I decided I would spend two days to recuperate before heading for home.  It didn’t happen.

Looking back, I can’t imagine what my poor parents were thinking for there were no mobile phones or credit card statements for them to track my progress or whereabouts.  I would telephone them occasionally or send a postcard always being deliberately vague as to where I was staying.  In the meantime, I remained at the farm working – at first for food then, as I became more established and with the tent discarded, for a bedroom and beer money.  By the time my parents turned up at the door several months later (after some shrewd detective work) I had settled into my new life and rapidly adopting the ways of the hard but exhilarating Exmoor life.  Dragged back home to “get a proper job” I never completely left Exmoor behind.  Every spare moment was spent on the farm and, as regular readers of my blog will know, I still spend as much time on Exmoor as possible.  Being a National Park, the landscape and buildings of Exmoor haven’t changed very much over the 50+ years since I turned up on Lorna and Dick French’s doorstep although they have, as have most of the others I knew in those early days, since died.  To my dismay, there is one other thing that hasn’t changed at all: when I respond proudly to the inevitable question with “I’m a Chilterns man”, their response remains the same: “So up-country then?  London?”  Over the years, the ‘boy from London’ has become ‘the man from London.’    And I’m sorry, Londoners, Mum and cousins – I don’t like the label! 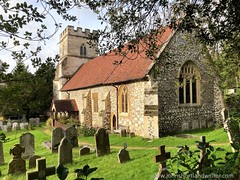 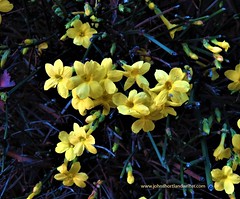