In 858AD Hubba the Dane invaded England to be defeated by the Saxons at the Battle of Arx Cynuit. Recorded in the Anglo-Saxon Chronicles by Asser, biographer of King Alfred the Great, the site of the battle it is thought took place at Countisbury, a tiny clifftop community on Exmoor. Whether true or fanciful, a walk to Wind Hill hillfort* is well worth the effort. It is a place where it is possible to experience all the elements that Exmoor offers in one glorious 360 degree panoramic view. 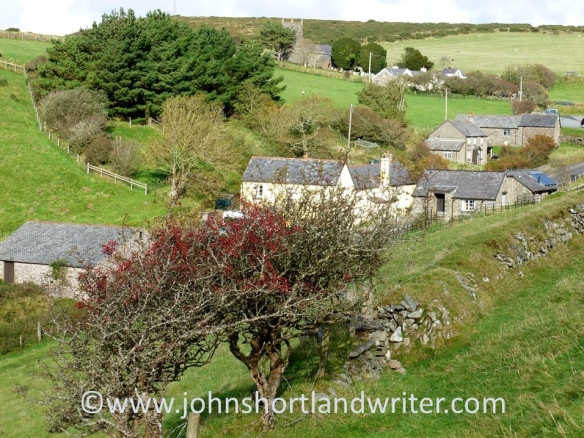 All the best English country walks should start and end at a pub and there are plenty of options to choose on this one. Mine started from the Blue Ball Inn at Countisbury which is as welcoming now as it was when I first crossed its threshold fifty years earlier. 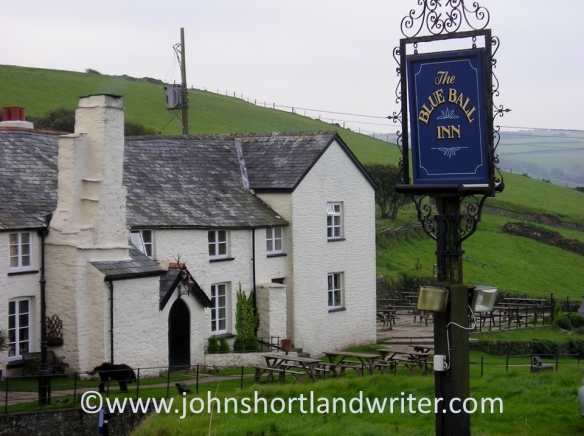 Turning left from the pub, walk down the road for a few yards before entering a gate to National Trust land, also on the left and the starting point of several extensive walks. Our destination is a short walk and is the high point close to the road. The path to the fort is well defined and grass covered; it merges with a field access track that leads gently uphill to its entrance. The second photograph below is taken from the fort: the pub is the white building.

The fort is a rare example of a promontory fort where the natural landscape has been adapted to create the defences. The coastal cliffs which form its northern defence are the highest in England rising to over 300 metres, to the west and south the East Lyn River has cut a deep gorge. Where necessary double ramparts were built to defend the weaker areas: at the entrance they still rise, after two thousand years or more, to an impressive thirteen metres. 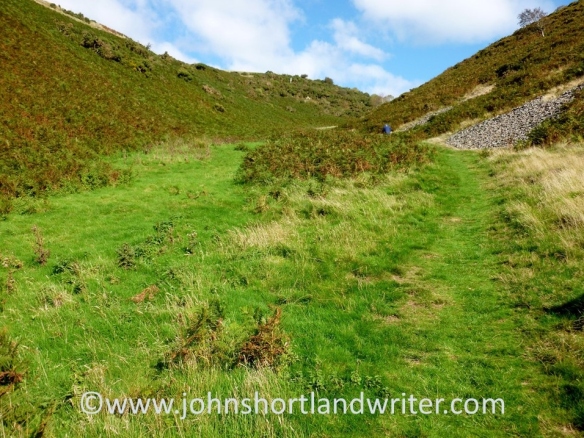 Although it is possible to make Wind Hill part of a longer walk I prefer not to do this. It is rare to meet anyone else here and to be able to explore the 85 acre site in splendid isolation gives a real feel of the place. Just spend time enjoying the silence,  lying down with your back propped against the ramparts listening to the wind and sheep calling.  As mentioned earlier, the views from the fort are magnificent: heather moorland, ancient woodland, hills, villages, sea, cliffs, the distant coast of Wales as well as wild creatures, ranging from the iconic red deer to seabirds and butterflies. 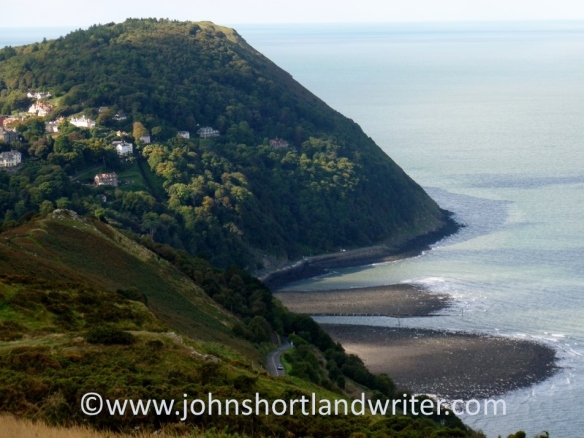