Standing on the edge of dramatic cliffs near the tiny Cornish village of Porthcurno, it seems inconceivable that anyone would consider trying to create a theatre there.  Yet Rowena Cade, in 1932, not only thought it, she spent that winter moving rocks and boulders. With the help of her gardener she created a stage and, what is now, the lower tier of seating.  Over the years the theatre developed to its current size. 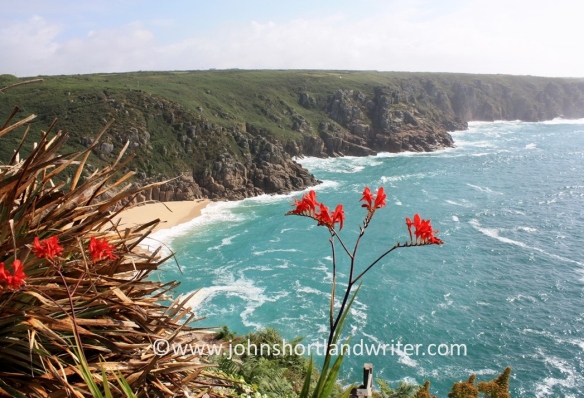 The evening of my visit, 11th July, a production of Shakespeare’s A Winter’s Tale was performed by Moving Stories Theatre Company.  The coastal backdrop is constantly changing: light, shadow, sea birds feeding and the sounds of the waves smashing onto the rocks below. On rare occasions porpoise have been known to steal the show. 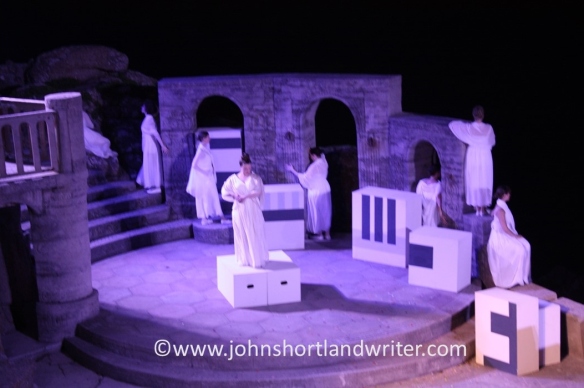 The interaction between stage setting and ocean can, at times, be used to advantage by the actors.  When Florizel delivered the lines with a vague flourish of an arm

“And so deliver, I am put to sea
With her whom here I cannot hold on shore;
And most opportune to our need I have
A vessel rides fast by”

an ad lib came back “it’s over there, actually” for at that moment, by chance, a boat came into view.

The Minack Theatre can be visited throughout the summer months for it is impressive to see even when a performance is not taking place.  The intrepid can scramble down the cliff path to the sandy beach below for a swim, the less adventurous can explore the stage and the gardens that are incorporated into the design. 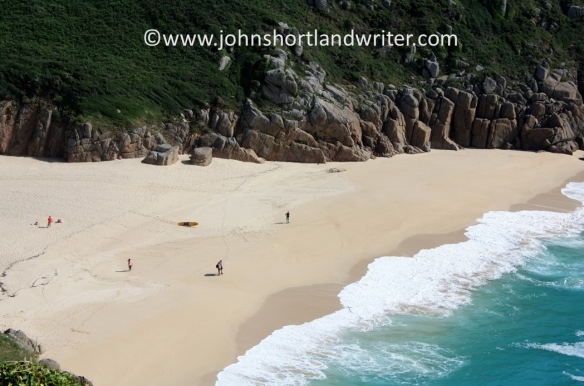 The theatre is situated just four miles from Land’s End, the most westerly point of Britain.  As a consequence, snow and frost are rare and many sub-tropical plants that cannot be grown elsewhere in the UK thrive in the benign climate.

To find out more about the Minack Theatre and surrounding area take a look at these website:

South West Coast Path  the 630 mile coastal path doesn’t have to be walked all at once!