Ask people what they associate with the Peak District and you will receive many different answers: Chatsworth House and the Devonshire’s, Bakewell Tart, grouse moors, rock climbing and caving.  The UK’s first designated national park is all of these things and more. 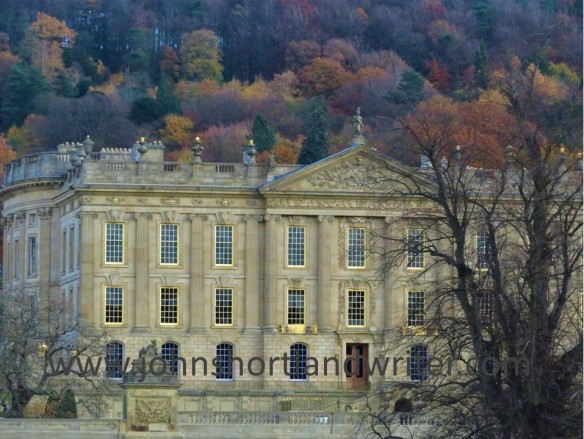 A whistle-stop tour last weekend of the Peak District didn’t allow a thorough exploration of all its diverse scenery.  A drive through Chatsworth’s historic parkland and a visit to their farm shop gave a glimpse of the famous cascade in the gardens but that and the house interior will have to wait for another occasion.  If ‘farm shop’ conjures up a vision of a limited choice of vegetables covered in mud at a wayside shack, think again.  Chatsworth’s huge selection is impeccably presented along with breads, cheeses and meat in the former Shire Horse stallion stable block, now beautifully converted.

The town of Bakewell is renowned for Bakewell Tart or to be more accurate, as I now know it should be called, Bakewell Pudding.  Forget the oversweet, thickly iced versions available nationwide, the traditional version is packed full of almonds, the shortest of sweet pastry and not much else.  The queues of people waiting to purchase them stands testament to their quality and flavour.

Prepare to join a queue!

Only moments away from the busy town centre is the River Wye (one of several in the UK with that name), a place of calm and surrounded by historic, stone buildings.  On Sunday morning, Remembrance Day and the 100-year anniversary of the end of the Great War, brought silence to the town.  As elsewhere throughout the country, the focus at 11 o’clock was the war memorial with the traditional wreath laying ceremonies of scarlet poppies.

The old mill at Bakewell is available for holiday lets 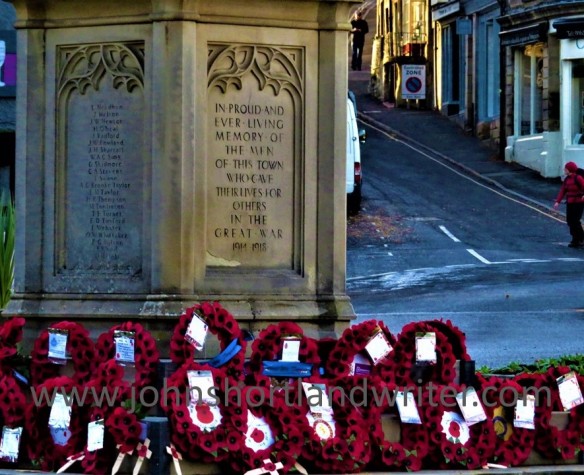 WW1 memorial to the fallen men of Bakewell

As already hinted, the Peak District has broad expanses of heather moorland as well as limestone crags and outcrops.  This weekend’s exploration of the Peaks revealed the softer side of the national park; its gentler views were bathed in unseasonably warm sunshine highlighting the last of the autumn colours.

Peaceful grazing with a view!

Another visit to the Peaks is planned, next time exploring on foot the passes of the High Peaks, the Chatsworth estate and the village of Eyam, where in 1665 the villagers chose to isolate themselves during an outbreak of bubonic plague.   Of the three hundred villagers, only eighty survived but their self-sacrifice prevented the disease spreading to the neighbouring population.

Isolated cottages are scattered throughout the national park

Although time was short, a visit to the Blue John Mines couldn’t be ignored.  The story of this rare semi-precious stone and the descent into the caves via two hundred and fifty steps will come next.  If you suffer from claustrophobia or struggle with steps this isn’t the place for you – it’s a long (and sometimes low and narrow), old climb back to the top!

The descent into the mine